The exhibition gave the public a look into the three-year collaboration between Tanec Praha, Tereza Ondrová, Nina Jacques, Dominik Žižka and Prague City Gallery, who participated in the European research project. The book Subjective Gallery Guide, a report from the Dancing Museums project, was part of the exhibition and also served as an imaginary guide to the exhibition.

The Czech-English book by Nina Jacques, Tereza Ondrová & collective, reflects the joint work of the Prague team on the European Dancing Museums project.  The book is composed of fragments and snippets that the authors collected for almost three years, left not only in them but also in the premises of the Prague City Gallery and in the public realm. The book is intended to serve as a guide, not only to exhibition spaces of all kinds but to every space around us. 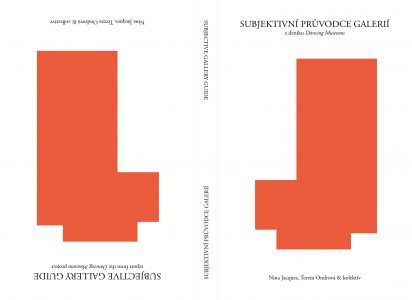 As part of the Dancing Museums Exhibition, an additional programme was created, which offered the opportunity to get to know the exhibition more closely.

Look at things differently! At details, at the whole, from a different angle. And what about movement? Seeing by Moving is an unconventional tour of Prague City Gallery, that calls attention not only to the art  but to yourself too, alongside other visitors, employees, the floor, the ceiling, a drawer, a cobweb, dust, a ray of light…

The Seeing by Moving workshop by Tereza Ondrová was created as part of the international research project Dancing Museums, which Tanec Praha and Prague City Gallery are a part of, and offered the opportunity to get to know the exhibition up close. Each of the two workshops was slightly different. 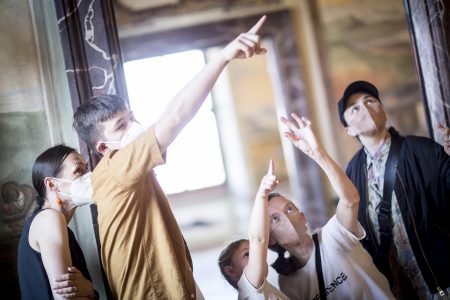 The open rehearsal of a newly emerging project by choreographer Tereza Ondrová and director Petra Tejnorová is a response to the protracted pandemic between loneliness and sharing. How do we, as individuals, come together in such a world? The open rehearsal follows up on other activities of Dancing Museums. As the participant of the open rehearsal, you had a chance to experience a combination of audio-outdoor training, exercises for the mind and body, and silent disco and flash mob. 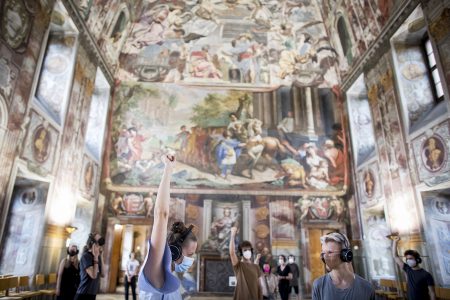 With the financial support of the Creative Europe programme, Prague City Hall and Ministry of Culture of the Czech Republic.

How Can We Embody the Artwork and the Art Space, and How Does It Change Our Perception?