Since its debut, Dancing Museums has attracted the interest of numerous researchers who work on related issues, located at the intersection of dance and museology. It is a field of study that has particularly expanded in recent decades, incorporating new multidisciplinary approaches and points of view. The following texts are the result of a seminar day that took place in Venice in October 2019. Led by prof. Susanne Franco and Gaia Clotilde Chernetich, the seminar at Ca’ Foscari University involved young scholars, curators and researchers from different European countries. The following texts are the traces of the discussions that took place and that laid the foundations for new reflections and future collaborations.

As a curator, I see myself as many dance practitioners do, as a person working mainly with attention. Learning from choreographic practices I compose the exhibition on the basis of three main elements: space, time and movement in relation to the attention of the viewers.

The space of the exhibition You come, we’ll show you what we do. On dance improvisation at Muzeum Sztuki, Lodz (2013; co-curator: Sonia Niespialowska-Owczarek) was an invitation to actively participate in the exhibition, the concept of which assumed constant change whereas its program was filled with the events of various formats, provoking one to move around in the unpatterned and unpredictable way. It was encouraged by the interactive architecture of the exhibition, consisting of the “devices for improvisation”. The exposition showed the documentations of the improvised performances, from the 1970s until the 1990s, of such dancers and choreographers as Steve Paxton, Yvonne Rainer, Nancy Stark Smith, Lisa Nelson and the group Grand Union. The exhibition was accompanied by the book that included translations of texts by practitioners as well as dance researchers and philosophers all revolving around the subject of improvisation. 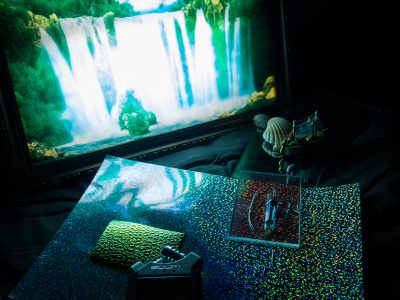 The exhibition Frames of Reference. Choreography in the Museum (2016; co-curator: Mateusz Szymanowka) focused on choreographic practices and the modes of presentation of performative actions. During their stay in the museum, eight choreographers (Alex Baczyński-Jenkins, Przemek Kamiński, Ramona Nagabczyńska, Anna Nowicka, Magdalena Ptasznik, Agata Siniarska, Iza Szostak, Kasia Wolińska, Marta Ziółek) returned to concepts and strategies present in their previous works, looking for ways to open their practice to visitors. The actions of the artists and their traces enabled them to re-think the meaning of movement, attention and multi-sensual perception in our constantly actualized relations with and to the environment.

The aim of the exhibition Moved Bodies. Choreographies of Modernity (2016) was to confront the sculptures by Katarzyna Kobro with choreographic and dance practices of the first half of the 20th century. Similarly to female modernist dancers and choreographers, in her theoretical works, Kobro was asking questions on the nature of movement and its spatial relations. Working with sculptural matter, she took the theme of rationalization and functionalization of movement in daily life. It was accompanied by the conference and followed by the publication with texts by Nell Andrew, Inge Baxmann, Kate Elswit, Mark Franko, Susan Manning, Felicia McCarren among others.

These three projects show the variety of approaches that the dance exhibition can undertake – working with history that can be actualized and redefined, as well as provoking the viewers to reflect on how they perceive and engage with the exhibitions.

Katarzyna Słoboda is a curator, researcher, editor, writer. She works at Muzeum Sztuki (Museum of Art) in Lodz, Poland. In her practice, she is interested in the embodied attention of the viewer as well as the performer. E-mail: k.sloboda@msl.org.pl

Titled Dance in Museums: An investigation into the cross-sector creative strategy of the 21st century, my PhD project investigates collaborative practices by examining the inclusion of performing arts into cultural institutions and studying their impact on audience engagement. The research seeks to examine the potential of using dance in a cultural environment, investigating both its production through collaborative approaches and its reception by audiences. In challenging times for the cultural sector, many museums are seeking to face the obstacles expanding their offerings through innovative and sometimes non-traditional approaches and formulas. As a result, the museum’s creative curatorial and interpretative processes have been opened up to collaborations with communities (Iervolino 2013, 2018) and other cultural or arts organizations; an approach also closely connected to the recent trend in cultural policy which promotes cultural democracy (Wilson et al. 2017). Transforming cultural institutions through collaborative practice is becoming an established strategy for diversifying visitors and increasing audience engagement. In this context, a cross-sector collaboration between museums and the dance community is growing at a fast pace, especially in the European context.

This strategy encourages to move away from the sole verbal and written transmission of knowledge traditionally employed in cultural spaces, whilst creating more experiential, sensorial and even “visceral” visitors’ experiences (Hart 2016). Acknowledged the existence of a bodily-kinaesthetic intelligence (Gardner 1983), the bodily-kinaesthetic art of dance is regarded as a powerful language and communicative form and, therefore, it has the potential of being an effective method to deeply engage visitors, and to connect museums with “kinaesthetic learners”, younger and generally disengaged audiences. This research employs a case study approach focused on Dancing Museums 2 and ethnographic observations and interviews as its primary methods of data generation. Through this analysis, the project seeks to understand how cross-sector museum-dance collaborations develop and are implemented and their impact on museum practices, and in which ways the use of a dance in museums can foster audience development, engagement and active participation. This PhD research is co-funded by the AHRC London Arts & Humanities Partnership & the ESRC London Interdisciplinary Social Science Partnership.