Since its debut, Dancing Museums has attracted the interest of numerous researchers who work on related issues, located at the intersection of dance and museology. It is a field of study that has particularly expanded in recent decades, incorporating new multidisciplinary approaches and points of view. The following texts are the result of a seminar day that took place in Venice in October 2019. Led by prof. Susanne Franco and Gaia Clotilde Chernetich, the seminar at Ca’ Foscari University involved young scholars, curators and researchers from different European countries. The following texts are the traces of the discussions that took place and that laid the foundations for new reflections and future collaborations. 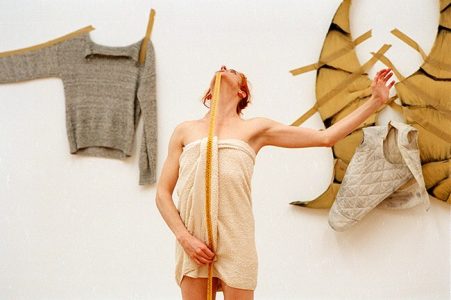 Many dancers regularly explore extra-scenic devices by working with exhibition venues, many institutions have an increasing number of spaces and programs dedicated to ephemeral forms of art. «What if works, not bodies, that conformed to another space? If they were the objects that invested the frame of the live performance?», this is the reflection of the choreographer and dancer Noé Soulier for his show Performing Art (2017). Manipulated with precision, a series of works are suspended on a white wall or arranged on the stage: the exhibition is thus «drawn under the eyes» of the spectators. Some institutions specialized in performing arts participate in this reflection. This was the case of L’invitation aux musées at the Centre National de la Danse in Pantin, France which, in 2018, invited six art venues to transform into another sort of museum. These forms of exhibitions also encourage one to imagine, in some cases, the scenic space as a new exhibition space; the live performance is brought closer to an art installation but also to an exhibition. These pieces create an «ontological link between the scene and the exhibition space. It makes that what is unfolded there is something different than a simple intermission inciting the spectator to return to it» (Bréaud-Holland 2010, p. 99).  Based on creations by artists from the world of performance art and/or dance, produced between the early 2000s and today, the research titled The performative exhibition: dialogues between white cube and black box focuses on the mutations of the contemporary exhibition, which, being “performative”, is at the intersection of the visual and digital arts but also the performing arts (dance especially). By considering the performative exhibition in its trips back and forth between the museum and the stage, we are interested in several of its devices as well as its impact on curatorial practices. It linked to three axes of reflection; the collection or the artwork performed in the museum or directly on the theatrical stage, the plural formats of performance and choreographic proposals considered as exhibitions and, finally, the performative devices between performance art and installations-performances, designed to the museum and/or the stage. The importance of this study is in the cross between artistic dynamism in the field of exhibition, performance and dance, the proximity of their work on the question of time, archive in the current contexts of archival, digital and ecological turning points.

Independent curator, Cassandre Langlois sets up performative and evolving exhibition. She is currently doing her PhD in art history and performing arts between France and Canada, under the supervision of Marie Fraser and Aurore Després. E-mail: cassandre-langlois@live.fr 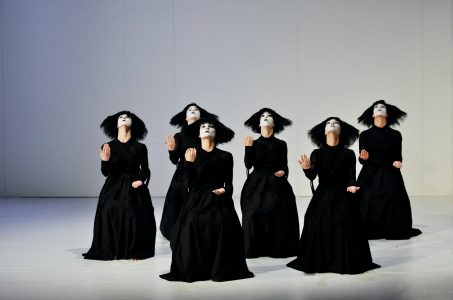 What is the link between Loïe Fuller’s performances and museology? On first glance, Loïe Fuller does not seem to have much in common with the space of the museum. Dance expresses forms of movement through the body extended in space and time, overcoming the distinction of subject and object. Because of this, dance acquires a transcendental value and opens up new ways that transform the intertwining of art, audience and sites in the experimentation of forms and expressions. In the 19th century, Loïe Fuller created a vast world of shapes and colours, movements and silences, lights and shadows, which lead her to experimentation even before the “experimental turn” society would later undergo. Metamorphosis was the thematic nucleus of Fuller’s work: a flow of forms that showed itself to the incredulous eyes of the spectators in a sudden passage from one figure to another with a solution of continuity. The other component is the museum: a place where an organic space opens to mental experiences through the knowledge of the dancing body, which appears as a qualitative duration of consciousness in the interaction with the space and the “situatedness” of the viewer. With the contemporary turn towards the present moment and action, the museum became a space attempting to re-signify the experience of visitors, introducing ordinary forms into everyday life, changing, deforming and refreshing them with extraordinary actions. Combining Fuller’s performances and museums, a space for a new spatial-aesthetic dimension of experience is obtained, and the search for a reconciliation between “the soul and the forms” appears as a kaleidoscope of lights, colours and shapes, able to assume a recognizable configuration for a few moments, and which can suddenly change. As a result, the museum can include dance as a “culture of being”, where the subject of artistic experience is situated and contextualized. This ambition seems to lead to a change in human experience, with new experiential meanings. With this in mind, the experience of the work of art will no longer be detached from everyday life but will establish communication among objects, descriptions, visual perspectives and environments, predisposing the viewer to a reflective and intellectual attention to the performative experience.

The image selected for this article shows the relationship between body and space. Through the use of masks and black and white contrasts, the motion of the body expresses an orientation conveyed through guidance and disorientation, covering and revealing the body. The dark dresses in a white space offer and facilitate the observer gaze by enabling a connection in a liquid, floating movement that shows itself. It is the beginning of a path, an exchange of mutual support: a meeting point between dance, as Fuller might intend it, and Museology intended as performativity. Through a minimalistic perspective, the image shows the juncture between two apparently contrasting elements. The research stresses the interaction of different figures within the world of art, exhibitions, body structures, empty spaces. Fuller has started an experiment of performing arts and the experiment can be transferred inside museums.

Loïe Fuller and the Magic-Lantern, Delivered at the Dancing in the Millennium Conference, Washington, 2000

Carolina Ferraro graduated in History of Ancient Greek Philosophy at University of Rome “La Sapienza”. She has participated in international projects related to theatre, music and performance. E-mail: carolina.phoebe.ferraro@gmail.com