The workshop developed over seven days of research at the City Museum in Bassano del Grappa, a historical museum, and at Arte Sella, an open-air contemporary gallery in the mountains of Borgo Valsugana, with a day-long exploration of the city of Venice. Inspired by the core word ‘Participation’, the participants were invited to explore how visitors/audiences can be actively involved in dance or other practices that put the moving body at the centre of the dialogue with diverse art works exhibited in very different settings. 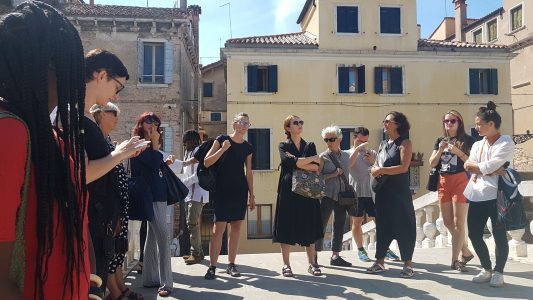 The first day of activities, on August 17th, gathered all the artists, some of the partners and the team of researchers in Venice, for a day-long exploration of a city that is an open-air museum itself, endangered by the number of tourists coming every year and fragile as an artwork.

The second and third day took place in Arte Sella, the Contemporary Mountain open-air museum, set up in 1986 in the fields and woods of the Sella Valley. Two days of research and exploration, enriched by a physical practice led by Monica Gillette, and by a guided tour of the museum with Giacomo Bianchi (president of the Arte Sella executive committee). 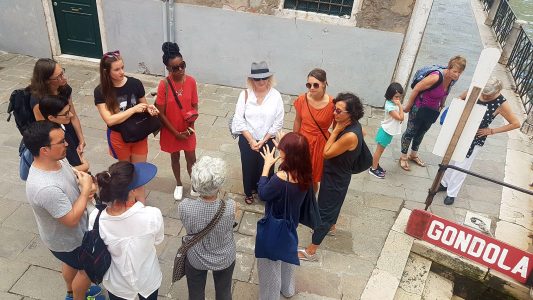 The last three days took place in Bassano, where the artists had their working spaces in the City Museum (a former convent of the Franciscan friars, and one of the oldest museums in Veneto, with a collection that spans from Archaeology to the late 19th century).

On the morning of the 20th and 22nd, the artists started the day with physical practices – shared with dance professionals and a general audience – led by international artists such as: Rianto, Alessandro Sciarroni, Jinyeob Lee, Melanie Demers, Yasmeen Godder, Isabella Whawhai Waru, Dennis Carney, followed by a dialogue/discussions led by Peggy Olislaegers: The Embodied Museums and Dance Activism/Languages of Dialogue. They then dedicated the afternoons to their research and attended the performances of the BMotion programme, part of Operaestate Festival. 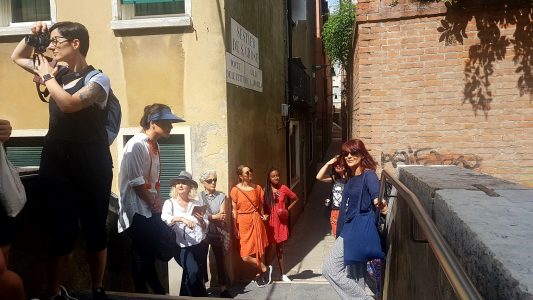 On August 21st, the morning session was led by the artists themselves, who opened their research to general audiences of the festival, tourists visiting the museums, and the international dance professionals attending the festival’s events. The artists opened up to a dialogue and a Q&A session directly afterwards.

Body of water by Sara Lando